0
‘We are moving towards personalised food, healthcare and shopping.’ – Our Future Health Forum 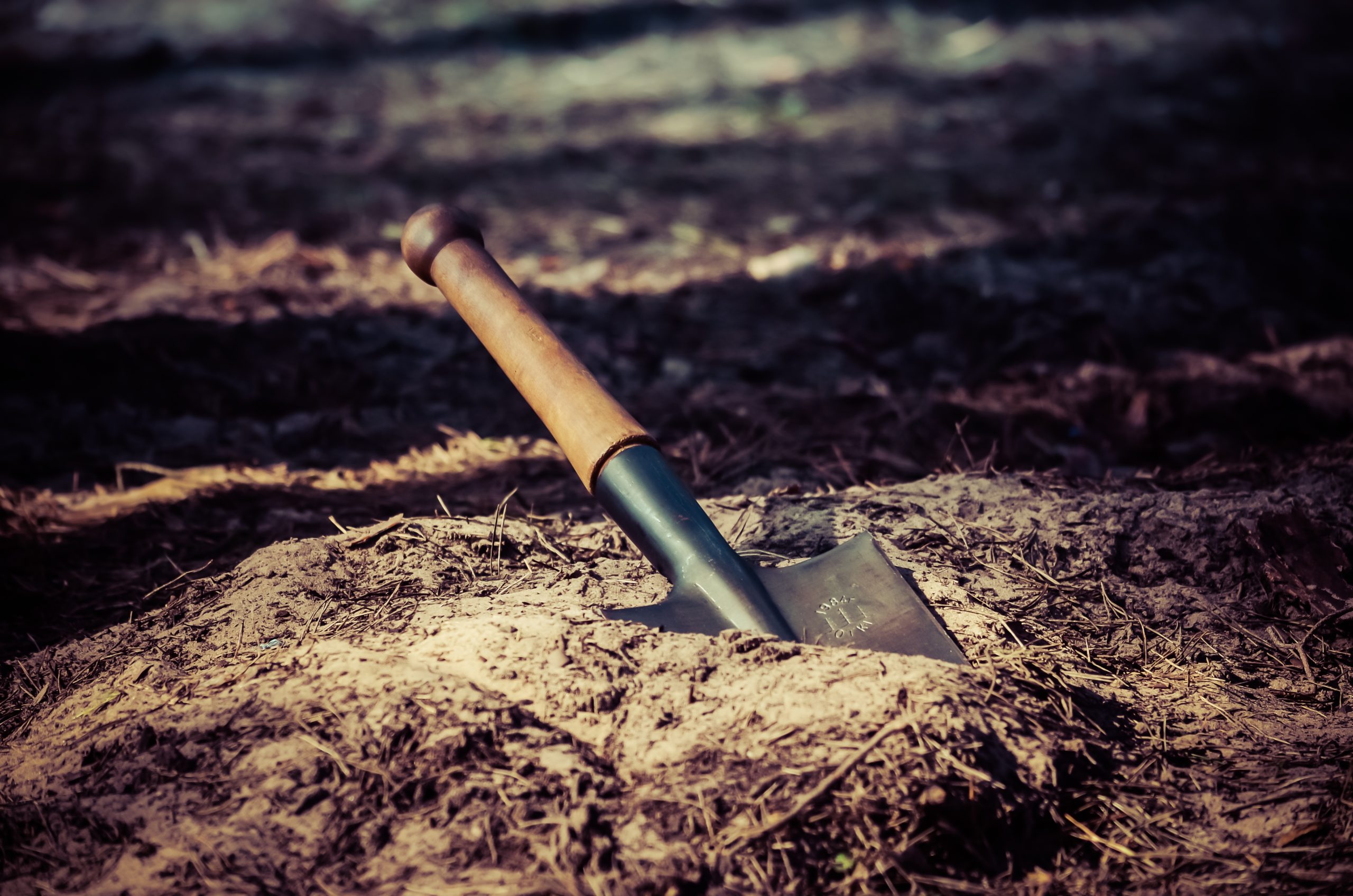 ‘We are moving towards personalised food, healthcare and shopping.’

Your site doesn’t have any tags, so there’s nothing to display here at the moment.

From care to health

Lucien Engelen, whose positions include Edge Fellow Future of Health within the Deloitte Center for the Edge, argues for a different view on our healthcare, with plenty of opportunities for a healthier future: The Future of Health – ‘so not Healthcare’, he adds. Engelen distinguishes three, mutually reinforcing themes, like in a triangle: personalized care, food and shopping. ‘In our mission to achieve health we can already fully use the options available to us in society every day.’

Engelen’s heart for care and his interest in technology have prompted him to want to inspire and move people to taking steps towards a healthier life. In doing so, he often tries to link developments he observes in one place to trends elsewhere. Engelen calls The Future of Health the most important precondition for a sustainable, accessible and reliable healthcare system. ‘But this immediately brings into play The Future of Food. How can we make people stay healthy or become healthier by taking a different look at food? Next up is The Future of Retail.’ With the latter, the digital expert also – and perhaps especially – refers to physical, offline shops: the neighborhood supermarket, the city center drugstore.

As Engelen notes, many of the routine actions in healthcare are becoming less complex, partly thanks to technology. ‘Some of these actions could be done somewhere else and by someone else. In America, Walmart and Amazon are making great strides in digital healthcare. BestBuy is setting up an e-health department there. Digital care is partly about people’s personal lives: they want to know things about themselves. But ever so slowly it’s moving closer to applications for, e.g. people with chronic illnesses. Or consider an app like Jumbo Foodcoach.’ The app’s prototype, says Engelen, was developed for the Jumbo supermarket chain with the support of nutritional scientists and a Deloitte team. It provides consumers with personalised food advice and suggests healthier alternatives on their shopping list. And this fits in perfectly with the types of initiatives for a healthy and sustainable food supply to which Deloitte is committed, according to Engelen. ‘We are moving towards personalised food, personalised healthcare and personalised shopping. Ideally, we will need to find a way how to incorporate the ‘retail’ component in that triangle and how the three components can reinforce each other.’

Our country faces a doubling of the demand for care, a shortage of skilled people – which had already been the case before the pandemic, and it has only become worse since then -, and a budget that (with our growth having shrunk by EUR 4.5 billion) will not be increased by very much. Engelen: ‘We have also become more aware collectively of what we call ‘underlying conditions’. It’s something the pandemic has also played a role in. The prevention card is played out more emphatically: both governments and insurers are aware that we need to do more at the front end. The importance of the digital component has also finally dawned on us. We have been ‘pregnant’ with digital care for years and in the pandemic it came into the world by a caesarean section. The genie is out of the bottle.’ All these developments lead to what Engelen calls a ‘Copernical moment’. ‘In the past, patients would always physically accept the healthcare professional’s words: ‘Either you come to the clinic or to the practice.’ Under the pressure of technology, and if safe to do so, it can now be done the other way round.’

This allows care to be provided at another location. Such ‘delocalisation’ allows other people to provide that care, while the care professionals available can be deployed more effectively. ‘It means you can schedule digital consultations if doctors or patients themselves are unable to come to the clinic or practice’, says Engelen. ‘I don’t rule out that some hospital nurses will go home with a discharged patient for one or two days. And most people are unaware of Kruidvat being the biggest drugstore in the Netherlands, where the green-vested person in their shops is a certified druggist. These employees, too, are preparing to play a role in the entire health system. They seize on the opportunity offered. Walgreens (part of Walmart, ed.) has made a deal with 7,500 general practitioners who start a practice with them. They offer the doctors square meters, because they know that all those people who come walking in when they have to go see the doctor also buy all kinds of stuff.’

Delocalisation, digitalisation and democratisation are three of the four Ds that bring about changes in the healthcare system. Citizens now have more data in their phones than all healthcare institutions combined. The fourth and last ‘D’ stands for ducats, or moolah, in other words: hard cash. ‘Major players who are not yet in healthcare are, as I said, investing heavily to make inroads in healthcare. Reports note the imminent availability on the market of an Apple watch that can measure glucose levels in the blood. So we are simply already talking about the retail component on top of the already available options for measuring cardiac arrhythmia and oxygen levels. 4D plays an important role in what I see as a welcome change: Let’s join efforts and see how we can intervene earlier to prevent someone from getting sick, with partners from outside what we now call ‘healthcare’. We are certainly aware of the necessity to move on up, but healthcare is not there yet. Retail and food are.’

Nutrition in the supermarket

Engelen views the supermarket as ‘the last neighborhood bastion’ harboring a number of functions. ‘The bank and the post office have disappeared, but the supermarket has an ATM and you can pick up and drop off parcels. The supermarket also has a major food footprint. A number of parties are already working on making vegetarian hot dogs, for example, cheaper than fat bites. I think this shows leadership and is an example of what retail can do: They sell five times more vegetarian hot dogs than regular ones. If you’re a customer of one of Belgium’s major chains, you save more when you buy healthy products.’ Deloitte research shows a greater awareness among European consumers of the relationship between diet and health. Although price remains the main factor, respondents indicate that ‘health’ plays a greater role in their purchasing behavior. So in the long run personalised shopping, with each customer getting different-looking receipts, could hugely boost prevention.

But there are more ways to make sure people stay healthy (or healthier). The Laurentius Hospital in Roermond is experimenting with a so-called ‘self-measurement kiosk’ that measures weight, blood pressure, saturation and heart rate, among other things, and sends the data directly to the hospital system via a card. ‘It’s actually the modern version of the old scales at the train station, where you would insert a quarter. It’s accessible as well: why not do it? It’s intended to help you take better care of yourself preventively while at the same time, if you are already being treated, you no longer need to visit your GP or an outpatient clinic for this purpose. Such a kiosk being located in a shop also offers an experience. The business world is better at such user experiences than we are in healthcare and retail even more so. Considering the retail sector’s innovative power versus that of the healthcare sector, we can also learn a lot from each other. Let’s explore the possibilities together.’

The Dutch version of this article has also been published in ICT & Health magazine and Farma Magazine by Niels van Haarlem. 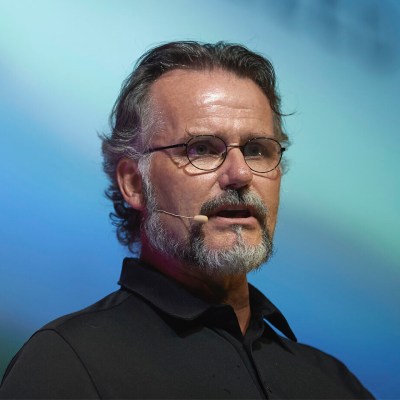